How to Learn the German Language in 30 Days

Whether you are interested in traveling to Germany or just purely immersed with its rich culture, the language is always the first area to touch. Learning to understand and speak the language might seem daunting at first. But you need not be scared of the vast difference from English since there are methods that can teach you how to learn the German language in 30 days.

While 30 days seem short to pick up a new language, it’s actually feasible with the right hacks.

Why would you want to learn the German language?

The German language is the second most commonly used scientific language. The language is widely used in the Western world’s most important scholarly works in the realms of philosophy, literature, medicine, sciences, engineering, and so on.

But if you just want to dive into Germany’s rich culture, you can never go wrong with learning the language first. You might be traveling soon or working in Germany, and knowing how to speak the language will come in handy once you are there.

How to learn the German language in 30 days

Here are the ways on how you can pick up the language in as short as a month.

Thirty days is enough to understand how the German structure works fully. It’s up to you on how you will break down the objectives you want to meet before the 30 days end.

When starting a study plan, you need to have a schedule to follow. This way, you can commit yourself and your time to learning the language. Most people trying to learn a language just wing it without tracking their progress. Don’t fall into this mistake and set your own objectives.

A great example of daily goals is learning at least 20 German words. These might seem easy, but when they add up in 30 days, it’s impressive. Keep track of these learnings on your notes as you progress.

2. Take up a comprehensive German class.

Enrolling yourself to a German class is a must when you need guidance from an actual German speaker. Self-studying can be tedious and will bore you out along the way since there is no clear direction of where you’re headed. Whereas if you enrolled in a German class, everything’s laid out for you.

Taking up classes to learn a new language is easier these days due to the wide availability of options. Not only are they compact, but also extensive enough to cover the fundamentals you need to know. Some well-recommended German classes to take with you include:

There’s no better way to learn to converse the language than talking to a person who actually speaks it. While it may not be easy to find a German-speaking partner, you can scour through online German communities to approach someone who can help you. This, of course, should hold a mutual benefit for each other.

What makes this effective is that you get to practice with someone adept in German pronunciation, grammar structure, and colloquial terms. You can even role-play to help you improve your German speaking skills.

4. Start with the easy phrases and daily expressions.

You will reap more value in immersing yourself with the most basic phrases and well-used expressions in another language. Starting with the easy and most common phases is only logical since they are used every day.

Some common phrases to start with include:

If you can’t find someone whom you can talk to in native German, you can opt to watch a bunch of German content with subtitles on it. You can also do a vice versa of watching an English movie or show with German subtitles.

This method can be complicated at first, as most speakers talk fast. However, binging on these makes you familiar with the Germans’ right tone, structure, pronunciation, and conversational patterns.

No, you don’t have to sing them in perfection to pick up some valuable words. But learning a pocketful of German songs help you expedite your learning curve. You only need to listen to them religiously and immerse yourself with the lyrics to remember them.

You can add learning a couple of songs on your daily goal to accumulate progress. This method’s beauty is that you can listen to these songs even when you’re outdoors doing errands. It’s convenient and productive even when doing something else.

7. Get a German dictionary.

Dictionaries are your best friend in learning a foreign language. You can easily pick them up when you encounter new words or get confused with similar terms.

And in this digital age, you can easily download apps to secure a beginner-friendly dictionary. You can even use Google Translate to translate a German word to your language quickly. There is a vast array of resources online that you can use in your learning journey.

8. Keep track of your learned words.

Keeping tabs on your learned words will help you see how far you’ve progressed in your studying. It’s motivational to see a breakdown of all the words you have familiarized yourself with overtime.

You can set a tracker using Google Sheets that you can update daily. You can even set your goals here to outline what needs to be done on your 30 days of learning the language.

This hack can help you normalize the usage of the German language in your daily activities. You may have already memorized what’s written on your gadgets, making it easy to understand the German terms.

While it may seem tricky, you’ll eventually adapt to it once you get the hang of it.

Ready to learn the German language in 30 days? Click here to get started. 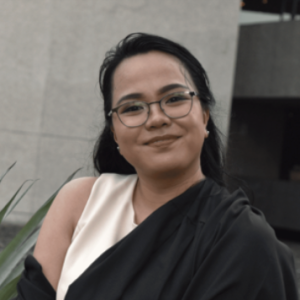