Fast and Easy Ways to Get Out of Debt

Nothing feels better than getting rid of all debts and starting with a fresh financial slate. Anyone who has ever had a debt will agree that the best thing to do about is to get rid of it–fast. Sadly, it’s not usually the easiest thing to do for many people. Most people actually find themselves stuck in debt for a very long time.

Pay more than the minimum.

You might feel like getting off each month by just paying the minimum is an advantage. If you are convinced that it is, you are fooling yourself. Paying the bare minimum for a debt, especially if it is a consistently growing one like a heavily-used credit card, is like plucking a snowflake off of a rapidly rolling snowball. You’ll end up retiring with your debt still at your heels.

You can shave years off of your debt by just consistently paying more than the minimum. Always pay as much as you can. Remember that the more you pay now, the less you’ll pay later. You might even be able to finish off all of your debt sooner than expected with this technique alone. If you’re wondering how much of an impact a little extra can get you, try using a financial calculator for a more precise outlook.

Rank your debts and pay accordingly

Did you know that you also have to be strategic in paying off debts? You don’t just blindly pay off whatever comes to mind and hope that it’s enough to get you by. You need to be smart about it if you want to defeat debt fast and for good. One smart move is to rank your debts, in case you have multiple.

A simple way to go about it is by ranking them from smallest to largest. You pay off the smallest ones with rapid-fire so that you can tick it off the list and move on to the next one. This ticks off your debt one by one, and at the same time, makes you feel better and more confident about handling your credit while looking at your debt list diminish.

Sell everything you don’t need

Look around the house and do some decluttering. Most people, save those who can’t afford much or are actively practicing minimalism, tend to amass a clump of belongings that they don’t use. It might be that ball gown you wore to a convention once three years ago. It could also be that set of power tools you bought to do DIY stuff around the house, except you never really learned to use them. Look through your drawers. There might be jewelry lying around, gathering dust, which can fetch you a thick wad of cash. It could be anything small or big. What matters is that it’s lying around your house, consuming storage space, and you are not even using it.

Skip your lunch takeout and pack some good homemade food instead. Kick your expensive coffee habit and try brewing your own. If you spend more time online for entertainment, you don’t need that cable TV subscription, right? Also, if you can help it, hold off from shopping or eating out. Adopt some money-saving strategies that can help you live off of a minimum budget. Here are a few examples:

A lot of hobbies and activities involve expenses, sometimes by a lot. Since you are trying to pay off your debt, you might feel slightly limited in terms of activity and bored out of your wits. There is an easy and profitable way to spend your time. Get a part-time job. With a side-hustle, you can productively pass the time while earning some cash that you can dedicate to shaving off your debt even by a little bit at a time.

Here are a few ideas for a profitable part-time job:

You’d be surprised at just how many expenses you can negotiate for. Rent, cell phone bills, insurance, and even credit card interests can be negotiated. If you’re not entirely sure if something is negotiable, it would never hurt to ask. If it happens to be negotiable, you can save a lot. If not, then at least you tried.

If you don’t feel comfortable or confident enough to negotiate, you can learn negotiation skills online for a start. With lessons, you can learn how to effectively negotiate your way through many things, including your essential expenses.

Dedicate all your found money to debt-elimination

Every once in a while, you might encounter a bit of a windfall. Found money can come from anywhere. It can be as extreme as buying a winning lottery ticket or receiving a large inheritance. It can also come from pleasant little surprises like bonuses from work or a pay raise. Whatever it is and wherever it may have come from, don’t ever get tempted to splurge it all on things you want but don’t need–like a designer bag you won’t ever use or the latest gadget that’ll just depreciate in value a few months down.

Look at your found money as an answered prayer to your debt problems. Make use of it to buy a ticket out of the debt zone. You can keep your regular pay for the month for the regular expenses like bills and groceries. Sure, a single mid-year bonus might not be able to cancel out your entire credit card debt, but it sure will make a considerable dent in it.

Consult with a credit counselor

If you feel desperate and hopeless about your debt situation, you can always count on a professional for some good advice. That is what credit counselors are for. And do you know the best thing about credit counselors? Many of them actually offer their services for free!

Ready to get out of debt? Click here to get started. 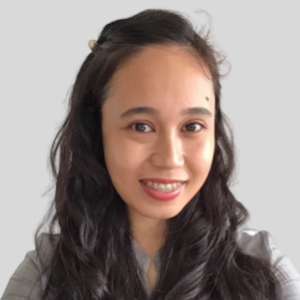