5 Python Basics Every Programmer Must Know

Python is one of the most popular and loved programming languages by software engineers, developers, data scientists, and more. It is versatile, flexible, and you can quickly learn the basics of Python because of its clean syntax.

If you are just starting to learn Python, there are some essential concepts that Python programmers must know.

Some front-end developers use programming languages like HTML, CSS, and JavaScript.

There are different Python libraries which a developer can use to make their everyday work much easier. Python libraries are collections of reusable codes, exact syntax, token, and Python semantics, which you can use in your programs or projects.

The collection of functions and methods in these libraries allows you to perform several actions or special tasks without writing codes so it minimizes your use of codes. Also, some Python standard libraries contain built-in modules that are usually written in C. Therefore; you can add features to your Python code with C.

Python versions are numbered as A.B.C. The letters represent the major updates or changes in the language. Python version numbers are also arranged in decreasing order: the first number, which is “A”, is the major version number, followed by “B” for minor changes, and then “C” for less significant changes.

This year of 2020, Python has two stable versions that are still significant and commonly used: 2.7 and 3.8. Although both versions can still be perfectly used, Python 2.7 is legacy, while 3.8 is the future of the language. Therefore, if you are just learning Python, opt for the latest version 3.8.

4. The Difference Between “os” and “sys” modules

The “os” and “sys” modules provide several useful tools in dealing with filenames, paths, and directories. Both modules are extremely useful because of their convenience and generality.

SYS, according to the Python page, is a module that provides access to some variables used or maintained by the interpreter and to functions that interact strongly with the interpreter. It is always available. The role of SYS is to allow for the interaction between the program and the Python interpreter.

Before you start and dig deeper into Python, you must already have a strong grasp of knowledge on basic syntax. This is an important rule of Python programming. The Python syntax is a set of rules, which is how a Python program should be written.

Python syntax is easy to learn and less verbose compared to other programming languages. It is just like the natural English language because it is composed of a set of predefined words, which are called keywords. Each keyword has a predefined rule, which is called syntax.

Since there is already a prescribed meaning attached to a keyword, it cannot be used for other purposes. All Python keywords use lowercase letters only and are case sensitive. Hence a variable with the name “country” is not the same as “Country.”

6. Learn the Basics of Python through Online Courses

Online learning is one of the most convenient and practical ways to learn Python. You can take classes anytime and anywhere you want. You can also study Python at your own pace.

You can actually find many tutorials online about Python and its latest updates. This can help you advance in your career and stay up-to-date using this programming language.

Here are some of the recommended online courses that can help you master the basics of Python.

1. Master The Fundamentals Of Python

You will discover the essentials of what you’ll need to program using Python. By the end of the online course, you will have a solid understanding of Python fundamentals, which you can use to create programs and advance your career.

This is a project-based course, so you will not be learning a bunch of useless coding practices. At the end of this course, you will have real-world apps to use in your portfolio. Project-based training content is the best way to get from A to B. Taking this course means that you learn practical, employable skills immediately

3. Python Programming For Everyone

In this online course, you will learn the Python version 3 programming language from the beginner level all the way to the advanced level. You will learn basic computer science concepts like: 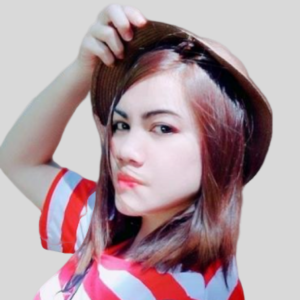